Another Castle Sweepstakes, Another Winner!
We would like to congratulate the newest Winners! 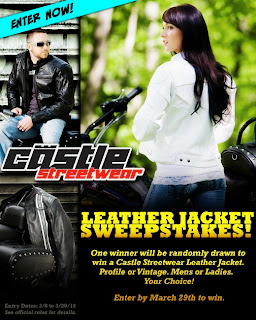 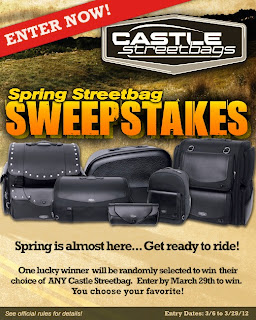 The Winner of the Castle Spring Streetbag Sweepstakes is:
Kelly Robichaud, Keene, New Hampshire
Winners will be contacted by email shortly.
Thanks to everyone for their support of Castle Streetwear and Streetbags!

Glad to hear you are on the mend, Tucker! – The Crew at Castle


Monday, April 2 – Monster Energy/Arctic Cat’s Tucker Hibbert had a set back last week in his recovery from a grade four kidney laceration he sustained Saturday, March 17 in Wisconsin at the final ISOC National Snocross event of the season. After being released from the hospital in Milwaukee and spending two days at home, Hibbert started experiencing complications from the injury. He was hospitalized again Monday through Friday of last week.

Due to the injury, Hibbert missed the second day of the ISOC Grand Finale in Lake Geneva, Wisconsin as well as Clash of Nations in Sweden. This was the first time in his twelve years of racing snowmobiles professionally he missed a scheduled event due to injury.

Hibbert will remain under close observation by his doctors the coming months. There is no realistic timeline set on his return to racing motocross this summer. 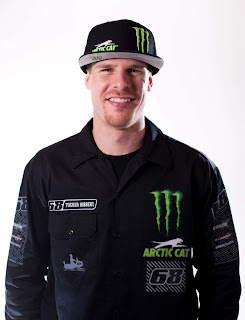 Tucker Hibbert:
“I’ve been really fortunate throughout my racing career to only have a few injuries and all of them have been either broken bones or torn ligaments. It’s been hard couple of weeks because internal injuries are unpredictable. I’m thankful my kidney is healing, fully functioning and that I didn’t end up having it removed. I haven’t seen the video of the crash and I’m not sure what I hit. I didn’t have one bruise or scratch on my stomach or back from the crash. I think my TekVest saved me from a much more severe injury. I’m thankful to be home again and am completely focused on my recovery.”

Link to story on BLOG: http://www.tucker-hibbert.com/blog/blog/tucker-injury-update/

We LOVE the Castle X gear!